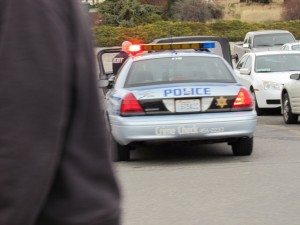 According to the Huffington Post, Officer Thompson received reports that someone matching Zehm’s description was stealing from people at an ATM. When he encountered Zehm at a convenience store, he immediately hit him with his baton and used his taser on him. In the next several seconds, Thompson beat him mercilessly with his police baton. Other officers hogtied Zehm, placed a rubber mask over his mouth, and sat on him. Zehm would never regain consciousness.

Zehm was mentally disabled. He was at the store to buy candy and something to drink. He was later found to have committed no crime. “All I wanted was a Snickers bar,” were reportedly his last words.

Following the incident, Thompson lied about it. Despite this and the outrage of the Spokane community, the local prosecutor declined to bring charges. It wasn’t until the federal government got involved that charges were brought in federal court. Thompson was found guilty of violating Zehm’s civil rights through excessive force and lying.

A federal investigation into the possibility of a larger-scale cover-up is still ongoing.

“’When officers abuse their power and lie to cover it up, it fundamentally undermines’ their position of trust in the community,” said a justice department attorney who aided in prosecuting Thompson, according to the Huffington Post.

Federal prosecutors sought 9 to 11 years in prison because of the seriousness of the attack and the effect it had on the local and national community.

Painted as a hero, Thompson’s attorneys said he was being vilified, that he was a hero and a Vietnam veteran, not a killer. The judge, however, obviously thought that his history was not enough for a free pass.

If you are accused of a crime and you believe you were unfairly targeted by police, we may be able to help. Contact our offices today to discuss the charges against you and your legal options.