Washington is one of only a small number of states in the country that has legalized the use of recreational marijuana.

But this doesn’t mean marijuana is completely unrestricted. On the contrary, it is still tightly regulated and controlled.

You could still be arrested for a marijuana offense. Avoiding arrest and criminal prosecution can only happen when you fully understand the new law. 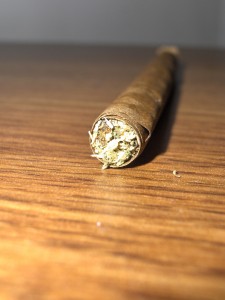 It is not legal to:

If you are caught doing any one of the following, you could face arrest.

In some jurisdictions, police officials have stated they will make all marijuana enforcement a low priority. Seattle police have been told to back off of people smoking in public and simply remind them that the new law doesn’t allow this activity. In other areas, you could be arrested for it.

The charges you face for a possession charge depend on the amount of marijuana you are caught with.

You can be charged with intent to distribute or sell even with a small quantity. The charge is subjective, and is typically based on packaging, or other circumstances that might suggest an intention to sell marijuana. We can dispute this charge in court, and argue for a reduction to simple possession.

Because marijuana is considered a slightly less serious substance, you may qualify for alternative sentencing. If it appears that a conviction is likely, we may be able to get the court to sentence you to something other than incarceration.

There are drug courts and several related programs in some Washington state counties designed to keep non-violent offenders out of prison. These include:

Probation: The most common alternative to incarceration, probation allows for you to serve your sentence while in the community and under the supervision of a probation officer.

Diversion: Similar to probation in some ways, diversion allows you to complete a term of supervision while in the community. If the term is successfully completed, the charges may be dropped completely.

First Time Offender Waiver: Specifically developed for first time felony offenders, this program allows for you to complete things like community service and drug treatment in lieu of prison time.

Drug Offender Sentencing Alternative (DOSA): This alternative focuses on treatment for offenders that may have a drug problem. After an evaluation deems to qualified to participate, your sentence may include inpatient treatment or a lesser prison sentence paired with intensive treatment both while incarcerated and upon discharge.

There are a wide variety of ways to challenge a marijuana possession charge in Washington. We can challenge:

There are also a wide variety of sentencing alternatives possible in many Marijuana offense cases, listed above.

Whatever the facts of your particular case, I know we can help you get the best possible outcome. Please call for a consultation on your marijuana case today.