An Auburn woman has filed a complaint with the police department and the officer in question is now under investigation for a serious offense against her—groping her while she was cuffed. 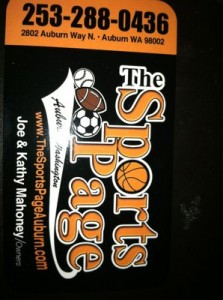 According to SeattlePI.com, the woman made eye contact with the Auburn officer as she was leaving the Sports Page Bar. She said when she initially made eye contact, she immediately got a “weird vibe” from him.

She got in her car and drove the two blocks to her house. The officer followed her. When she went to exit her vehicle, he ordered her back in. He didn’t have his lights on.

According to the woman, the officer accused her of trying to “elude” him. He asked if she had been drinking. She admitted that she had a glass of wine but that she couldn’t have more because she was pregnant. He then handcuffed her and put her in his police car.

Then he told her that she smelled like marijuana and he would have to search her. He searched in her blouse and down the front of her pants, groping her. In this “search” the officer didn’t check her jacket or pockets.

The woman began to cry and the officer removed her handcuffs. She said he asked three times if he could come into her house, eventually letting her exit the vehicle.

The woman, who is being named in all of the media accounts despite the officer’s name being kept quiet, contacted the police department immediately. The officer has since been placed on administrative leave while the investigation is conducted.

As for the woman, she lost the baby, something her fiancé says is due to the stress and depression she has suffered since the incident.

The investigation is being handled by an outside department, the Puyallup Police, who will forward their findings to the King County Prosecutor.

This incident is an extreme example of why people are reluctant to trust the police. While few officers would go to this extreme, many others abuse their authority in other ways.

When you are placed under arrest, you are the “criminal” according to many police standards. And for many cops, this means you are less than worthy of respect. Being caught up in the system like this means there will be several people, including the police, who are not on your side. This is why a criminal defense lawyer can be such an asset.

Whether you are charged with DUI or drug possession, you need an attorney on your side. Contact our offices today to discuss your case and how we might be able to help.