Washington voters spoke loud and clear last night as they voted to pass I-502, a victory for civil liberties, consenting adults, and the war against the War on Drugs. The people of Washington will soon be able to possess marijuana, not only for medical use, but for recreational use. The people will soon be able to choose for themselves whether they use a harmless herb in the sanctity of their own home. 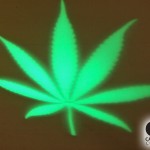 According to the Seattle Times, weighing in late last night, support for the measure was at about 55%, with marijuana advocates coming from the cities, the country, and every county in the state.

“I’m going to go ahead and give my victory speech right now. After this I can go sit down and stop shaking,” said I-502’s campaign manager and “primary architect Alison Holcomb. “Today the state of Washington looked at 75 years of national marijuana prohibition and said it is time for a new approach.”

The new law will allow will allow people over the age of 21 to possess up to one ounce of marijuana. The legislation takes effect on December 6. On that same date, a “drugged driving” law will also go into effect, seeking to keep people off the roads after smoking their perfectly legal pot.

But don’t expect marijuana-drive-thrus to open just yet. The state will take a year to design the rules and regulations for state-licensed marijuana stores. This is where the Liquor Board will determine who can set up shop, how the shops will run, and how that money will be funneled back into the state government—to the tune of an estimated $1.9 billion over the next five years.

The planning and discussions are expected to involved the federal government, who still classifies marijuana as a Schedule I drug, with extremely addictive properties and no legitimate medical use. While there’s no way around the federal marijuana laws, state policy makers can hope to minimize federal intervention in the state program if they include the feds in the planning stages.

A similar measure in Colorado also passed last night, though the recreational marijuana measure in Oregon wasn’t so fortunate. Because of that, we may see more of our neighbors to the south moving to take advantage of the new law.

“I’d say the answer is probably a combination of the fact that the spirit of this Washington is to live and let live, and the character of Washington is very pragmatic:  We have a low tolerance for policies that create more trouble than they’re worth, especially if they involve sticking your nose in someone else’s business.”

As for cases already in the system, cases where people were charged with possession and who have not had their day in court, their cases will move forward as scheduled. There is a chance, however, that prosecutors will see the light and recognize those cases as a waste of resources in light of the law, and drop charges.

Voters can celebrate a victory on this measure. We have spoken resoundingly to allow people to choose what they put in their bodies. We have spoken, using the ballot as their voice, against the waste of taxpayer money in prosecuting a harmless plant. Now, let’s sit back and watch as other states will likely follow suit in coming years.