According to the Seattle Times, 17 people have complained that they were unjustly attacked by Western Washington police dogs. So far, the attacks have resulted in more than $1 million in settlements and many other cases are still pending. Insurers of Washington police forces say the dog attack incidents happen multiple times throughout the year. 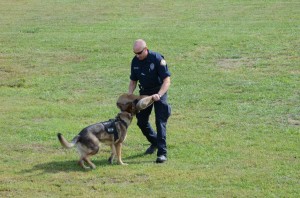 In one case, a 17-year old was attacked as he watched police search a home while standing in a friend’s driveway. Another case involved a man who was actually helping police capture a suspect. Sometimes the attacks are committed by the same dogs, with one dog, named Cliff, being named in at least three incidents.

Still, this and other dogs like him are still used on the force.

These bites aren’t minor, small lacerations—they are big and ugly and leave behind large scars. Part of the reason for this is police dogs in the U.S. are trained to bite and not let go until instructed to do so by their handlers. Even then, some don’t want to release their grip. In the case of the 17-year old boy, officers had to pry Cliff’s mouth open with a flashlight.

In other countries, police dogs are trained to surround and stop a suspect, but not to attack unless the suspect tries to flee. No so here.

Even when the person in the grip of the dog’s jaws is a suspect, there are some questions as to the appropriateness of the attack.

In one case, police were after Noel Saldana for a domestic violence incident. Police say he hid in the bushes and refused to come out. Saldana says he came out and laid down like the officer requested. Both versions of the story end in a brutal dog attack.

Police dogs are an extension of the officer handling them. But neither the dog nor the handler ever seem to be held responsible for their actions.

If you are accused of a crime like resisting arrest or disorderly conduct, even if a dog wasn’t involved, you need someone on your side when you go before the judge. Contact our offices today to discuss your case and how we might be able to help.