On July 8, marijuana retailers will be able to open their doors in the state of Washington. Twenty should have licenses in hand by that date. But with those licenses will come new rules on labeling and a concern that there simply won’t be enough legal marijuana supply available.

According to the Associated Press, Gov. Jay Inslee and other state officials are working to ensure some of the problems encountered in Colorado don’t happen here. One of the perks of the slow-to-license process here has meant officials have been able to watch the Rocky Mountain state and glean a few important lessons. 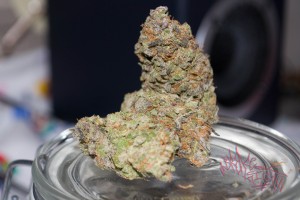 First, that some of the problems reported in Colorado are related to edible marijuana products and portion amounts. Some new customers are underestimating the potency or marijuana-infused products and taking too much. In March, for instance, African exchange student Levy Thama Pongi lept from his Denver hotel balcony to his death after eating “multiple servings” of a marijuana cookie.

Secondly, officials worry these products could get into the wrong hands, namely the hands of children lured by colorful, cleverly packaged sweet treats.

As such, the state is proposing emergency labeling requirements in time for the July opening date that could help ensure the safety of those consuming them and those around them as well.

Labeling requirements already stipulate that they can’t be appealing to children. (Allowing legal marijuana to fall into the hands of children can result in criminal charges. It remains illegal for anyone under 21 to have marijuana.)

Many aren’t so sure that the 20-approved dispensaries will be ready on July 8, however, as only 62 marijuana production licenses out of 2,500 pending applications have been approved by the Board. In other words, there aren’t many distributors out there to supply the stores.

“There will be high demand and only a handful of people growing,” says Scott O’Neil, who will be opening his dispensary doors on the eighth. “It’s going to take at least a year to sort it out, get everybody up and running.”

One last concern that’s no doubt at the forefront of marijuana-users’ minds: price. It’s projected that Washington marijuana prices will be far higher than black market prices, a fact that could mean a rough start for dispensaries.

Washington is on the verge of making history and everyone from the governor to college students eager for their first store-bought ganja brownie are holding their breath.