Initiative 502 will be on the November ballot in Washington State. This initiative will allow citizens to decide whether or not to legalize marijuana in the state. The Office of Financial Management has released their findings that if marijuana is legalized and regulated, the state of Washington could see more than $1.9 billion in revenue over the next five years. 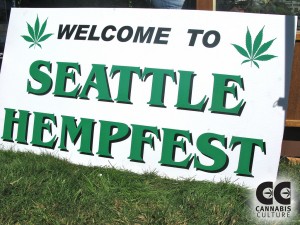 Similar ballot initiatives will be voted on in Colorado and Oregon. Although they would make marijuana legal and regulate it at the state level, it would still be banned by the federal government and it’s unclear how the feds would handle state legalization.

According to KIMA TV, the Office of Financial Management assumed, for research purposes, that the state was able to set up a complete system of growers, processors, and stores.

Supporters of I-502 hope that the legalization of marijuana would eliminate the black market pot deals and create a reputable and safe system for people to obtain and use marijuana. The legislation would allow people over the age of 21 to get up to one ounce of marijuana from retailers. Or, they could get one pound of marijuana-infused solids (like brownies), or 72 ounces of marijuana-infused liquids.

How much would this new state-offered pot cost? They say it would be priced at $12 per gram. So, for that ounce of dried marijuana, your base rate would be about $336 per ounce. Then, there would be a 25% marijuana tax ($84) and a 10% sales tax ($33.60). Not including any local taxes, you would spend about $454 on one ounce of state-issued marijuana.

Even more than making legal marijuana available to the people, the law would do away with penalties for possessing pot, perhaps even more exciting than going to the “weed store” to get a pack of pot. No longer would you have to worry about getting pulled over with marijuana in your pocket (as long as you weren’t smoking and driving).

California’s similar legislation failed last year at the ballot. But with three states voting on the matter this year, the odds are looking better.