Not so long ago, there were more medical marijuana dispensaries in Seattle than there were Starbucks. But now, the number of those store-front pot sellers are falling as dispensary owners and their landlords are extremely nervous about federal prosecution. 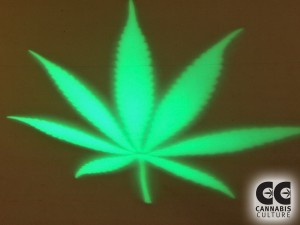 Last month, the DEA sent out letters to those dispensaries within 1,000 feet of schools, playgrounds, and churches. Twenty-six letters were sent, out of some 145 dispensaries. The letters basically told owners to shut down or risk being shut down by the feds. And any fed-shut down would no doubt lead to criminal charges. As a result, many did as they were told.

But those who received the warning letters aren’t the only ones responding to them. Other dispensary owners know federal agents and U.S. prosecutors don’t consider any of the dispensaries to be legal and won’t just limit their attacks to those in close proximity to schools and other places.

Seattle has been pretty permissive to dispensaries. Although the state medical marijuana laws only allow for 10-patient, 45-plant collective gardens, they have pretty much let dispensaries do their thing as long as they got a business license and followed other ordinances.

This is largely because the area is pretty pro-pot. After all, the mayor, city council, and city attorney all support legalization.

The federal government, however, does not. And while voters may legalize marijuana altogether this year, the feds won’t likely acknowledge the will of the people, choosing instead to perpetuate a Drug War that no one really wants.

“If clamping down on the industry was the goal, then mission accomplished,” sais attorney Aaron Pelley, who represents medical marijuana dispensaries.

Not only are many shops shutting down, landlords are far less likely to lease to dispensaries than they were last year, for instance. No one wants to get involved in something the big, bad feds will stalk, and understandably so.

Marijuana is still illegal under federal law. Not only is it not legal—it’s classified as one of the most addictive drugs there is, a Schedule I substance. So, whether it’s for medical reasons or just for getting high, it’s not allowed.

And at least until we know the fate of the marijuana legalization initiative this November, recreational pot is against the law in the state of Washington. If you’ve been charged with a marijuana-related offense in Washington, contact us today to discuss your legal options.