The Seattle Police Department is in a period of change. It has been criticized for having a culture of brutality, and now the feds are stepping in. The Department of Justice determined after an extensive investigation that the city had engaged in a “pattern of excessive force,” and now the city will be under the oversight of an independent monitor as they try to clean up their own mess.

According to the Seattle Times, the independent monitor who will be overseeing the transition is Merrick Bobb, known for his similar work in Los Angeles following the beating of Rodney King and the resulting upheaval in the LAPD. 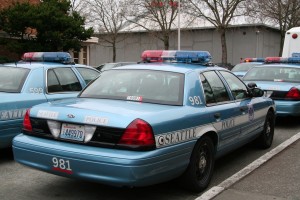 The settlement between the city of Seattle and the DOJ requires the city to make significant changes in order to eliminate excessive force and biased policing.

Bobb’s appointment to the position was not without controversy. As with nearly every step of this federal investigation, there were disagreements. Mayor Mike McGinn, Police Chief John Diaz and other police officials opposed his appointment on the grounds that a board member from his own nonprofit helped write the DOJ’s initial December 2011 report that led to this entire situation.

But, an ethics chief found no conflict and the city council “forced the issue”, voting 8 to 1 for Bobb’s appointment.

“The stakes are very large,” said Bobb after his appointment. “It will be overcame, hopefully seeing that I am a fair, honest, and credible source of information.”

Bobb’s appointment could last for up to five years as he helps guide the city to resolution for all of the problems it has seen, including countless allegations of brutality and biased enforcement.

“I have worked with Merrick Bobb for over 15 years,” said L.A. civil rights attorney Connie Rice. “The Court and the city will find that he is a superb choice for monitor. His knowledge of and respect for policing is deep, and there is no one with a better understanding of why departments fail to meet constitutional standards—and what it takes to help them meet those standards.”

The people of Seattle deserve to be policed by an agency which follows fair and consistent practices—one they can trust and not be afraid of.

In the meantime, many people within the city don’t trust the police. With so many police brutality cases and questionably biased enforcement, their distrust is understandable.