After it was apparent Washington voters had legalized recreational marijuana, the question arose about pending marijuana cases where people were arrested and charged before I502 passed. What would happen to those people facing charges of possession, charges for something no longer considered a crime? At least in some jurisdictions, those people are now off the hook.

The Columbian is reporting that Clark County prosecutor Tony Golik will be dismissing misdemeanor possession of marijuana charges on December 6. This means if you are charged with possession of less than one ounce, your case will not likely move forward. 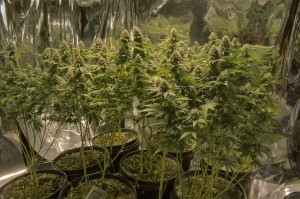 In King and Pierce counties, dismissals have already begun.

It doesn’t make sense to use taxpayer resources to prosecute things that are no longer against the law, even if the offense is committed when before the date of legalization.

Be warned, however, prosecutors won’t be dropping charges for marijuana offenses that are over the one ounce threshold, or those involving distribution. Only those offenses that would now be considered lawful. If you are charged with possessing more than 40 grams, your charges will move forward.

And for those who are concerned about high-level distribution rings getting off, it won’t happen. The 56 arrests last year in Operation Gang Green will still be moving forward. Those defendants face charges of conspiracy and distribution, among other things, not simple possession of cannabis.

As the legislation promised—the new law won’t open up a free-for-all in regards to marijuana, it will simply open up the recreational use of the plant for adults.

If there is any misconception about marijuana offenders being released from prison, making our streets unsafe—that misconception should be laid to rest. “The idea there’s a lot of people in jail for simple possession of marijuana is really a giant myth,” said Vancouver-Clark Regional Drug Force Cmdr. Mike Cooke. There will be no mass exodus from prison involving pot heads. They simply aren’t in there.

As these cases are dismissed and the new law goes into effect in coming months, the country stands to learn a lot from the state of Washington and its brother-in-legalization, Colorado. How things are handled here could either spur similar efforts in other states or keep other states from even considering a legalization effort.

If you are charges with any drug offense, we may be able to help. The state of Washington remains committed to prosecuting drug charges to the fullest extent of the law. A local criminal defense attorney can act as your advocate when it feels like no one else is on your side.