Everyone knew that voting would be the easy part of marijuana legalization. Now, six months after Washingtonians passed recreational marijuana legislation, we are beginning to get a clearer picture of how those laws will look in practice. Officials released proposed rules regarding recreational marijuana this week, and though they’ll likely change some, they offer a glimpse into how the law will be implemented.

“I don’t think you could design a system with much more integrity as far as tracking the product from the producer to the consumer,” said Governor Jay Inslee after reviewing the board’s recommendations. “I think this plan has a robust system of controls and checks in a variety of ways.” 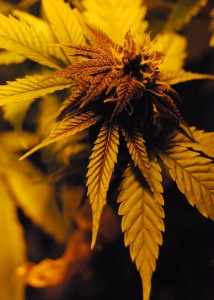 The members of the Liquor Control Board had to balance public safety needs with the desires of the people. They had to ensure the people of the state had reasonable access to recreational marijuana while keeping potential problems to a minimum.

One of those potential problems being addressed both here and in Colorado (where recreational marijuana was also legalized) is the issue of keeping the legalized pot in the state. Some officials are concerned that out-of-staters will come in, purchase as much marijuana as possible, and return it elsewhere to sell on the black market.

But, this problem seems to be more of an issue in Colorado, where they are surrounded by states with tough marijuana laws. Here, it’s a different story.

“I don’t think someone will go to 15 stores and drive [the pot] somewhere,” said Randy Simmons, the state’s marijuana project director in regards to our state’s neighbors being British Columbia to the north and Oregon to the south—both of which already have pretty generous marijuana laws and supplies.

Other recommendations from the board include:

These regulations and more are subject (and likely) to change as this is just being called the “preview” of what’s to come.

Currently, the law allows for any one person to possess the following: up to one ounce of dried marijuana, up to one pound of edible marijuana products, and 72-ounces of liquids. But, taking it out of state, growing it yourself, or selling it are still punishable by law.