The proposed legislation to legalize recreational use of marijuana (I-502) in the state of Washington has a good deal of support. The campaign to pass the legislation and free up pot for the people of the state has plenty of supporters, and to the surprise of many, few organized opponents. 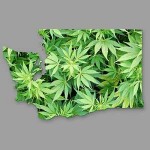 According to the Seattle Times, there are several reasons that we aren’t seeing much in the way of opposition—money is one, the fact that it’s an election year is another, and actual writing of 1-502 also seems to be leaving little to oppose.

There are a few vocal opponents; Pat Slack of the Snohomish County drug task force has spoken out. He’s also been heckled, received hostile phone calls, and been referred to as an “old” “idiot”.

“This is one of the reasons it’s really hard to get people to come out and talk on this,” Slack said the last time he came out to speak in opposition and was met by a heckler.

However, there are some marijuana legalization advocate groups, such as Sensible Washington who initially supported the effort, but have huge concerns about how restrictive the law is with regard to government regulation. Other medical marijuana supporters are concerned about how access is tightly restricted to licensed providers.

And it is understandable for pot enthusiasts to be cautious about supporting a law that most politicians are police are strongly behind. What unintended consequences might there be? And there are interesting legal areas that really are tightened or left unchanged, such as still classifying marijuana as a highly dangerous Schedule I substance, and a tougher Marijuana DUI law that creates a “per se” standard for having a certainly level of THC in your bloodstream as sufficient evidence of guilt.

Opposition to I-502 isn’t well funded, and therefore isn’t very visible. No committee or organized board has been created to campaign against the legislation, as has been done in Colorado or in California last year.

Support for the measure, on the other hand, is well-funded and highly visible. With big name backers and $700,000 in recent television advertising spending, we are far more likely to hear about why I-502 should be passed than why it should not.

Though the Washington Association of Sheriffs and Police Chiefs came out last November in opposition to I-502, they have been strangely quiet this year; as has the Washington Council of Police and Sheriffs. While King County Sheriff Steve Strachan (who has voiced his support for the measure) says he believes it’s because many people actually support it, others may beg to differ—though they aren’t saying so publicly.

While the Washington Association for Substance Abuse & Violence Prevention opposes the measure, they say they haven’t been able to launch much of an opposition effort because of the money spent fighting last year’s liquor privatization efforts.

For those who want to see I-502 passed, the lack of opposition is assuring, though they shouldn’t count their eggs before their hatched. One unlikely opponent—the medical marijuana industry—is still out there and many Washington citizens will resist I-502 simply due to tightly held beliefs about legalizing any “controlled substance.”

In the meantime, if you are caught with marijuana, whether it’s a little or several pounds, we may be able to help you fight those charges. Contact us today to discuss your case and your legal options.